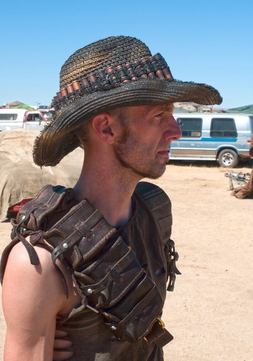 Brain first found his love in music with the mixed tapes of old school surf punk and house. While his friends were cutting their teeth in Seattle with 12” Techno and Hip Hop, he dove into the bass drum sounds of Industrial. Leaning the trade skill from the house and techno DJs, he developed an affinity for the smooth transitions and the flawless sound-scape. Spin a few raves in the out-skirts of Portland, lugging those milk box crates around, and you learn quickly to maximize the digital forms. So he tossed out all his old music and started anew. Far more selective, focused, and intentional, Industrial all the way, in all its forms.

​After moving back to the city of jets, he plunged head long in to a life of BOOM! going at every show he could, until the opportunity was made to kick start with the Mechanismus Crew with his friends. E/IDM, Noize, Sound Field, and anything with bass, his love for it is apparent on the floor.
Omega Brain Facebook
Powered by